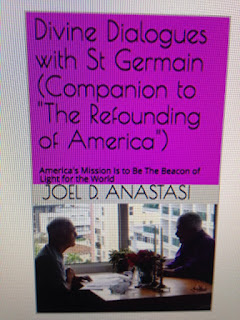 Posted by The Angel News Network at 5:09 AM No comments:

EMPLOY THIS INVOCATION Each day to assist in your and the planet’s ascension into a higher frequency of existence: “I AM my I AM Presence and I AM One with the I AM Presence of every person on Earth. Together, we invoke the Violet Flame with the power and might of a thousand Suns to Transmute back into Light every thought, feeling, word, action, memory and belief Humanity has ever misqualified in any time frame or dimension both known and unknown.”
Posted by The Angel News Network at 6:08 AM No comments:

ATTENTION SPIRITUAL LEADERS/TEACHERS Are our personal lives reflecting what we are teaching? Are we being what we share with others knowing we are all teaching what we need to master ourselves? Or are we saying one thing and being another? The most essential thing is that we apply what we receive ourselves. That is why it comes to us. By healing ourselves we can better assist others. 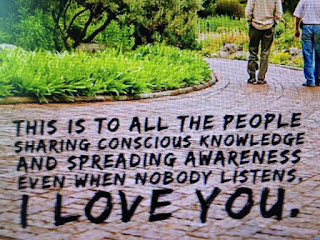 Posted by The Angel News Network at 4:50 AM No comments:

It is time to know yours, your country, planet and universe’s Divine Soul plans; since everything is unfolding perfectly. Hint: it all has to be and do with love.
Posted by The Angel News Network at 3:44 AM No comments: 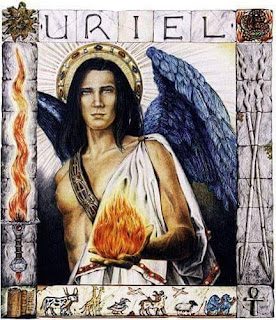 Greetings once again from the vortex you call Uriel. For far too long your planet has gone without knowing your divine plan, or should we say, remembering the divine plan of your planet. Quite simply, but not so simplyIMG_0248 for you, the divine plan of your planet is to find the unity, non-separation through all the diversity you find in your world. Have you ever wondered why there are so many different peoples, languages, nations, religions on your planet? Or do you simply just say that’s the way it is and not really know why or ever ask why. It all has to do with how your planet started. It began with many influences from many worlds, many star worlds (not star wars). In fact there is no other planet just like yours, with so many different influences (seedings) in its beginning. Most just take it for granted that’s the way it is. But in fact, it’s quite unique within the universe for a world such as yours to exist. It’s sort of an experiment. An experiment that has not worked very well, very often. But all of that is about to change for your world. There are messengers and messages coming in via our angelic realm and star worlds that “seeded” your planet that are going to allow a portion of your humanity to know the truth and set you free from your past separation from each other. You are all unique expressions from the same source. Even the different worlds that seeded your planet are from that same source…there’s nowhere else for anything to come from except that source. The creation of your planet was set in force by an energetic intention that would allow you to find the unity via all your diversity. IMG_0415You all represent the many expressions/versions of “Source.” Your agreement was to find the oneness in spite of your differences. You’ve been struggling with your “agreement” for many eons. That time is coming to an end. The struggle is almost over. Many realize if you don’t accept your differences in order to be one, you won’t survive. You’ve made this mistake before and it’s not necessary to make it again. You’ve advanced to a stage where you are ready to accept all of you. Include all of you. Love all of you. The only thing standing in the way in the past and present has been you (your relationship with you), not loving yourself enough to love others. It all begins with how you feel about yourself. (Someone once said, the only relationship you’re having is the one with yourself.) And all other relationships are a “mirror” of you. The special powerful energies coming into your world now are going to allow enough of you to know the truth of your being to effect the change necessary to move into a world of self-love and oneness. We know this soundsimageneptune_full impossible to most of you. But there are worlds, more advanced than yours where this possibility is a reality. In fact, some of those worlds are assisting you all now. Many know you are divine spiritual beings having this human experience. And that experience is about to become more accepting and loving than ever before. There is no further need for a few of you to control many of you through lies and deceit. Most of you have simply given your power away and allowed it to happen. The walls of power and deceit are about to crumble, dear ones. The few have controlled the many long enough. There is enough for everyone to share and have plenty left over. No need for further greed. Your divine plan includes knowing this truth and creating a world where these things aforementioned are normal. We are being and doing our part. Are you yours? Together we can change your world where you know how to be and act that creates a loving, safe world for all. This is your world’s true Divine Plan. And it all starts with each one of you knowing who you are and why you are here, questions never asked in school. But we ask it of you now. There are many messengers and messages that will allow you to answer these questions now. Listen. Be ready to find you and your place in your world. Uriel
Posted by The Angel News Network at 3:35 PM No comments:

LABOR DAY 2020 We are not here to labor but to bring our talents and gifts out into the world. By knowing who we are and why we are here will create great joy into our lives and the world.
Posted by The Angel News Network at 4:49 AM No comments: 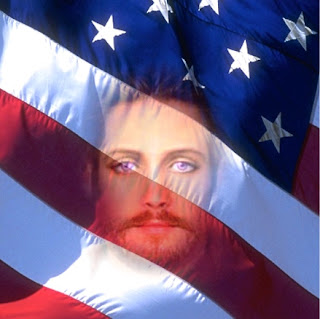 Posted by The Angel News Network at 3:09 PM No comments:

TO CREATE A NEW EVOLUTIONARY PATH OF ONENESS. For centuries, St Germain says, “mankind has been relentlessly bombarded by the shadow side” to make us feel powerless and fearful in order to control us. President Trump has fed into that weakness proclaiming, “Only I can make America great again.” Instead of greatness, we are experiencing conflict and chaos. America’s “greatness”, St Germain reminds, springs from our divine mission to bring equality, harmony and balance to the world—to be the light of the world. Right now, he tells us, we are getting lots of help to fulfill this mission. High vibration energies are flooding humanity, activating our spiritual DNA and raising our consciousness to create a web of unity consciousness--coinciding with our November elections. See the synchronicity, he asks? The chaos we are experiencing, St Germain teaches, is an essential part of the cosmic clearing to create something new. “Who among you, through your free choice and will, will arise and be in the now of this new evolutionary pathway of oneness?” AUDIO COMING SOON…
Posted by The Angel News Network at 4:28 PM No comments: