WHO WOULD THE BUDDHA CHOOSE FOR U.S. PRESIDENT 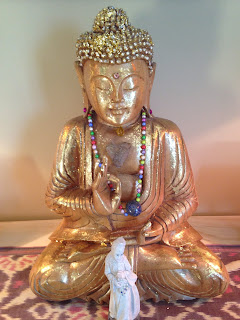 WHO WOULD THE BUDDHA CHOOSE FOR U.S. PRESIDENT?

More than 80 million Americans voted for Joseph Biden in the 2020 presidential election, many desperate to vote out what they viewed as the most corrupt administration in U.S. history—and a dangerous threat to our democracy.

Yet, more than 74 million people voted for Donald Trump, many of whom idolize him as the ideal leader.

Since 2016 we at the Angel News Network (ANN) have been publishing St Germain’s warning’s that Trump represented a threat to America’s democracy that would serve as a wake-up call to American citizens, most of whom did not even bother to vote in presidential elections, let alone lesser offices.

It appears the wake-up is working, at least for this election, as the greatest percentage of Americans in over 100 years voted in the 2020 presidential election.

Still, U.S. citizens remain sharply divided about what qualities they prefer in a president.

What qualities should a nation’s leader have that makes him/her “ideal?” Some 2500 years ago, the Buddha taught “Ten Duties of the King (Leader)” that, if followed, would produce a “just government that would make people happy.”

Buddha’s ancient teachings offer remarkably relevant criteria for assessing national leaders today. Let’s start with Trump and Biden. How do they stack up? You decide.  (Buddha used the male pronoun.)

1.      Generosity, charity. The ruler should not have craving and attachment to wealth and property, but should give it away for the welfare of the people.

3.      Sacrifice for the good of the people. He must be prepared to give up all personal comfort, name and fame and even his life in the interest of the people.

4.      Honesty and integrity. He must be free from fear or favor in the charge of his duties, be sincere in his intentions and must not deceive the public.

5.      Kindness and gentleness. He must possess a genial temperament.

6.      Austerity in habits. He must lead a simple life and should not indulge in a life of luxury. He must have self-control.

7.      Freedom from hatred, ill-will, enmity. He should bear no grudge against anyone.

8.      Non-violence. He should harm no one and try to promote peace among people and nations and discourage violence and the destruction of life.

9.      Patience, forbearance, tolerance, understanding. He must be able to bear hardships, difficulties and insults without losing his temper.

10.  Non-opposition, non-obstruction. He should not oppose the will of the people or obstruct any measures that are conducive to the welfare of the people. He should rule in harmony with his people.

Great spiritual truth and wisdom never lose validity and relevance. The Buddha’s teachings are totally consistent with the teachings of St Germain and Archangel Michael published by ANN:

The spiritual mission of every human society is to create communities of peace, love, equality, harmony and balance.

The spiritual realms have given us valuable guidance for choosing good leaders.

To slightly edit the famous Nike commercial: JUST USE IT!

Posted by The Angel News Network at 1:55 PM