Channeled and Scribed by Jeff Fasano 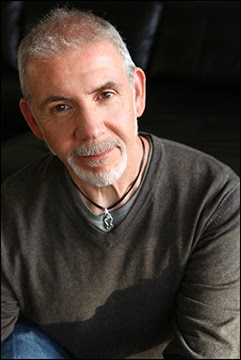 You are now moving in these dimensions simultaneously and connected in the human form with all of these energies and dimensions. You are moving to a greater depth within your heart and moving to new levels of transparency and authenticity that you have never known. This is your confirmation. These new levels of transparency and authenticity may be frightening you right now because you have never experienced this. You are being seen and known now for who you are. You are being seen and exposed for who you are not through the use of your mask. Your habits, patterns, rituals and behaviors have been exposed to you so you can see the folly of their way. You are now moving into a truer sense of self, a true authentic self within the depth of your heart.

This is confirmation that you are moving to a sense of transparency and authenticity that you have never known before.

As you open up the full parameters of your heart to live in the truth of you, the being-ness of you and who you are you will begin to realize that this is not so frightening. It is not so frightening to be transparent, authentic and who you are. You are seeing the folly of the mask and the myth of it. Your mask was created to create a myth. It is a myth of who you think you should be, and conditioned to be by mom and dad. You are releasing this conditioning.

Creating the mask created a veil around you to keep you in a false sense of safety and security. Thus, perpetuating the old behaviors kept this mask in place.  We are here to confirm to you that you have now taken the next step to transparency and authenticity.

So We ask you to look at where you are right now. Are you living a more transparent and authentic being-ness of light in your life so you can let your light shine onto the world? Your mask had been created to hold you in a place that you thought was safe and secure. You created this through what mom and dad told you would keep you safe and secure.  It is now important to look at and see the authenticity and transparency of you. It is not about being safe and secure, it is about being you. And knowing that the inner flame, the inner life, the inner truthfulness and authentic-ness and essence of you can shine onto the world and you can bring yourself to the world to the full capacity that has been designated in your soul’s divine plan. At this time in this time/space continuum an energetic convergence is beginning.

It is an energetic convergence that will allow you to fully live your soul’s divine plan and be conscious of it. In the past your mask allowed you to remain in a state of unconsciousness to look outside of yourself for others or the mythical leaders to lead you. You can now see where you dis-placed your powerfulness, your greatness and where you have given yourself away and put yourself in the hands of others. You now can see the myth in all of this.   You now can begin to look at the myth of your mask and how your old behaviors allowed that mask to remain in place.

We are here to confirm at this time you are now taking the first step into transparency and authenticity.  So We invite you to see your old habits, patterns and rituals and ask yourself if you are moving to a new level of consciousness of fully being who you are? Are you moving to a level of consciousness to see your old habits? To see how you fought for separation and isolation? To see how you blamed and shamed others to keep you in that place? To see how you blamed and shamed others for what you think they should be doing or could be doing?  This is all a ruse to keep you in the illusion that you just might be in control of something. It is time to see the illusion of control.

You need not be that person you created utilizing the mask. You need not be the person mom and dad thought you should be. It is time to move into the truthfulness of you.  This is just another step to look at your truthfulness of self and answer these questions.  It is time now to move into the greatest depth of a sense of self that you have ever known. Time to see your old habits, patterns and rituals and where you fight for control.  Does the fight remain? Is there a constant state of fighting? What you are fighting is the transition, the transmutation of the old into the new. You are fighting to keep the old in place. The fighting for some has moved to a crescendo. Some see the fight, some are conscious of the behavior of the fight.

What is transpiring is the old ego self-fighting to keep the old in place.

So we ask you, are you still fighting to keep the old in place? Look at the old in your life. Is there still old in your life? When change is on the horizon, what feelings come up? This change simply could be to release the fight. It is not change outside of you that you are looking for. It is the change within that will occur through this process and your personal process that will allow you to shift and change the old behaviors.  Then change will occur outside of you and change will occur in relationships. It is time to release looking outside of you where you think anyone or anything has an effect on you where moving into the depth of your mission, purpose, passion and your soul’s divine plan is concerned.  The change occurs within. And when it does your relationship with yourself shifts.

You can then look at judgment and shame and through this you become transparent and authentic to no one else but you. Acceptance and compassion is important here.

The divine feminine is now transitioning into your earthly plain and there are two aspects of this. The proxy’s or the figureheads of these two aspects are the Mother Mary and the Mother Mary Magdalene.  The divine feminine is comprised of acceptance and compassion and assertiveness. In order for the transition and the transmutation from the old dominant energy of the male to now take place and balance with the feminine there are two aspects of the feminine energy that are needed.   One is the acceptance and compassion aspect that is about love of self through compassion.

In order to implement the divine feminine into the sociological confines of your third dimensional realm and permutate the old beliefs the aggressive dominating male energy, releasing domination is essential. It has been laid in the bedrock of your conditioning that the only way to move out in the world was through the nature of the aggressive masculine. In order to permutate this old conditioning is to infuse as aspect of the assertive feminine defined by Mary Magdalene. Bringing this into place is pertinent.

Through the assertive aspects of the divine feminine you infuse acceptance and compassion of these old behaviors to then begin the process of moving into transparency and authenticity. At this momentous time you are at the vortex of the infusion of the feminine energy.

The only way the evolution of your third dimensional plain and planet can continue is through the infusion of the divine feminine.

You are living simultaneously in your third dimension, in multi-dimensional reality and with the energies of mother earth. You are living three distinct realities simultaneously.  This will enable you to infuse the realism of transparency and authenticity to live with what is in your life. You are at a momentous time within you and in the evolution of your third dimensional realm. If you are truly living freely with free will and freedom of choice, you now have the freedom of moving into transparency and authenticity of self.

So We ask you:

Are you still frightened to be you?

Are you still frightened to have your old habits, behaviors and patterns revealed to you?

Are you frightened to entertain the notion that control is simply an illusion and myth?

Are you frightened to continue on the pathway that will allow you to fully eradicate your old habits, patterns and rituals that will then eradicate the mask?

Are you ready to fully be who you are?

Jeff Fasano, is a trance channel, a soul photographer, the author of Journey of the Awakened Heart and co-founder of the Angel News Network. 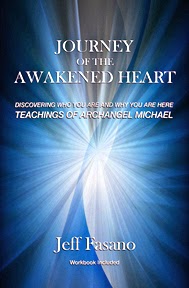 Posted by The Angel News Network at 5:48 AM