JOEL'S JOURNAL: THE ENERGY OF ST. FRANCIS ON THE KILLINGS IN CHARLESTON, SC

THE ENERGY OF ST. FRANCIS
ON THE KILLINGS IN  CHARLESTON, SC 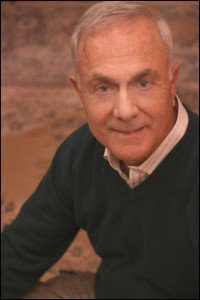 Last week I posted the first part of my report on what the Francis Energy, channeled by Phillip Collins, had to say about the Catholic Pope Francis and his encyclical on global warming and climate change.

The Francis Energy said that St. Francis was the incarnation of their energy as is the current Pope Francis I:

“St. Francis is the incarnation of this specific frequency and energy and a messenger of it. This is the energy of the pathway of the one you call Pope. He is a messenger sent of this frequency, a messenger of the people, by the people and for the people. And not only the people but all of the other life forms on this planet which humanity affects."

In this second report I am presenting what the Francis Energy had to say about the shootings of black parishioners in Charleston and the potential for healing.

I asked about the Charleston killings after the Francis Energy had made this statement about the state of the world:

“Things may appear more extreme than ever before, but in reality that is not the case. You are simply more aware of what is taking place because of the electronic digital communication and the transportation systems that you have. You are more aware of who is doing what than you have in the past.”

I responded: “When we experience the mass killing as we did recently in Charleston, SC, and as we have experienced so often in our country, it’s easy to think things are not getting better.”

Here is the rest of our dialogue on the subject of Charleston and its aftermath:

FRANCIS ENERGY (FE): There have been more intense experiences in the past and to a greater degree than what you are describing, dear one. The fact that these are happening at this time and that you are aware of it through the communication systems that have been gifted to you from higher realms, makes you more aware of them. Thus, in turn, the collective and the individual can choose to make another decision. Be aware of the healing that is taking place of the racial divide that something like this demonstrates that also allows a collective healing and coming together.

Also take into consideration as a part of their soul plan, the individuals who chose to leave as a part of that particular experience who, in your vocabulary, you might say, “sacrificed” themselves for the good of the whole. Remember, there are no accidents; there are no coincidences of events. Perhaps each individual was divinely in place where they needed to be at that moment in time in order to gift to humanity their leaving and what that represents as a healing of the duality and separation of your racial divide within the country you call the United States.

JOEL: I believed that they had made that choice. But it is hard for many of us to understand and accept that kind of self-sacrifice.

FE: That is the divine organization of creation, dear one, and humanity is still in the process of becoming aware of this--trusting it and committing to that process.

J: In line with what you said about healing of duality, there have been many calls for South Carolina to remove the Confederate flag from their state Capitol Building and elsewhere. Many people see that flag as a symbol of white supremacy.

FE: The portal of your so-called South Carolina was a gateway for slavery into your country. It is a vortex of slavery. It was a point of entry within the historical events of your United States. The reason this is happening in this particular geographic location is to heal the karmic consequences seeded within this particular portal, this particular vortex, of this state called South Carolina. It is an opportunity to release the karmic consequence, the cause and effect, in the DNA of that specific location.

J: I have been so moved by the statements of forgiveness that were coming from that church congregation and from people who had friends and family members killed.

FE: So what gift does that forgiveness, that acceptance with compassion send to the rest of humanity?

FE: Yes, it allows them to make another choice. So that is a good example of what is taking place there. It isn’t a coincidence that forgiveness is coming from those individuals who experienced what you would call this tragedy. It is an opportunity for the rest of humanity to see exactly where they are within their spiritual foundation of truth and connection to creation and connection to their God, realizing that the ones they freed through this forgiveness is themselves.

This does not mean that there will not be a karmic consequence for the individual who brought this event upon humanity, but also take into mind the soul plan of the individual who made the decision to be this individual to bring this harm upon these others.  You can stretch that out further and further into your histories, and you can see other examples of individuals who played those roles within the evolution of humanity, and you begin to see the divine design, if you will, the organization of how creation actually works through the interactions of individuals, be they negative or positive. “

To make sure that I was accurately defining what this spiritual energy was, I asked if I should refer to it as the Francis Energy. It responded:

You may call us whatever you resonate with. There will be those who will not resonate with the term St. Francis. But, understand, these are simply names that your languages have given these frequencies of consciousness that do not exist for us. They are simply a nomenclature for you to be able to identify us, whether it is Archangels Michael, Gabriel, Uriel, Raphael, Mother Mary or whatever. But, if you so choose, you may call us the Francis Energy.

J: I’m familiar with the Archangelic realms and the Mary energy, what is the Francis energy in relation to those? Do you have a separate mission as they do?

FE: We are very connected to the ascension and evolutionary path of the planet and all life forms upon it. We work in concert with Archangel Uriel who is your world teacher. We work with the elementals. We work with the soul plans of humanity. Many of you are aware of our relationship with the animals and that extends to the minerals and the plants as well and all who have chosen to be here as guardians of the planet which allow humanity to maintain and sustain life here.

J: Would you give us a closing statement?

FE: Be aware of what a magnificent time it is upon your planet. Be aware that as things may appear to be becoming worse that there is a clearing and a cleansing taking place. Be aware that your planet is involved in a cosmic evolutionary path of ascension moving into a light body, a star, a sun, if you will, thus, in turn, everything within and upon her body is within that process as well. You have chosen, as being human, to be a part of that process. You are all here for that experience.

Be aware of the power of your emotions and your thoughts. Be aware of your empowerment of self, that you are individuated soul plans having this human experience. Be aware of the events that are taking place in life. They are not always as they appear through their mental interpretation to what they are. Be aware that there is a divine plan in place, that the universe in concert with energies such as ours knows exactly how to balance and maintain and sustain balance with cosmic and earth reality.

Be aware that your freedom of choice is a divine gift, and you can always make another choice from the ones you are making now. Be aware that you may ask to connect with us and, by simply asking, you shall receive, dear ones. And so it is.

To learn more about Joel D. Anastasi and his work please check these links: 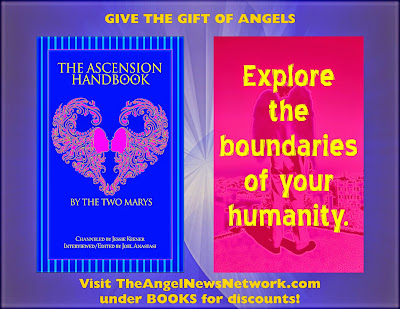 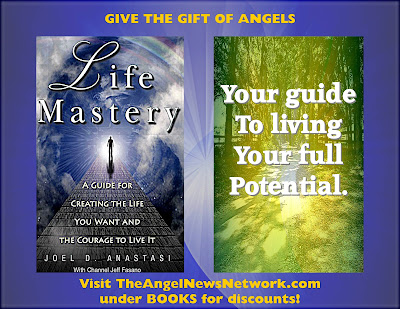 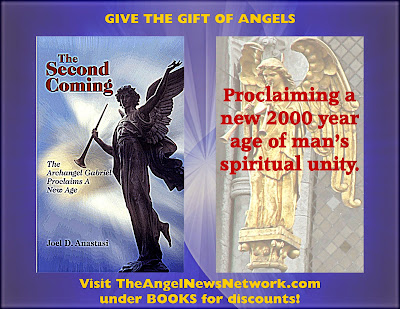 Posted by The Angel News Network at 5:02 PM