WHO ARE WE CHANNELS 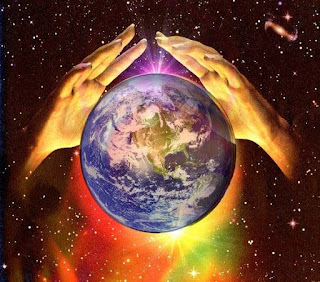 WHO ARE WE CHANNELS OF HIGHER REALMS AND WHY ARE WE HERE?

One of the best definitions of humanity (third dimensional beings of our emotions, thoughts and physicality) is that it is a possibility. Since we channels of higher realms (meaning fifth dimensional and beyond) have a direct connection to ALL THERE IS our view of humanity does not always match the prevailing teachings and thoughts.  We know that life on this planet is one of self-discovery and self-mastery awaiting a second birth where the outer human becomes the inner real being. Affirming who we really are is our first course of learning, exceeding ourselves and applying. The Law of Being into our becoming.

Since many do not believe what we are bringing out into the world nor its source we often attempt to blend in or hide with humor or silence. We are piercing the dimensional planes of reality in assisting in the ascent and ascension of humanity into a higher plane/dimension of existence which is our destiny. This is achieved through the evolution of our consciousness (awakening) and many are choosing to awake after a long sleep. We channels are on a quest for revealing a hidden truth in which all can engage and now more do.  Our mission is for even more to understand a union with their divinity, their non-physical element and the universe from whence they came.  Our intention is a break through to the next higher awareness of humanity where our technology becomes a transcendental tool, not a hindrance, and we can create a world of equality, harmony and balance.

What we channels are bringing into the world is not an elite mode of escape nor a religion without substance. It is perhaps the most authentic life based upon known- ledge of the most adequate kind which cannot always be expressed in words since it is not always received that way but often received within energetic impulses which the channel, as a vehicle, transfers into human language.  What we receive transcends the establishment and organized religion. In fact, channel material often does not get along too well with prevailing views. What is channeled (we are not 4D psychics or mediums). often transcends religion with a freedom that escapes the festers of dogma, authority and organization. It is an essential part of our purpose (soul plan) to choose and be chosen for channeling. Everyone has this same capacity. It is a matter of committing to choosing it and staying committed. You do not have to learn how to do it nor pay someone for the honor.

Throughout human history channels of higher realms (Archangels, Ascended Masters, Star realms, Inner Earth Civilizations, Galactic) have been quieted and killed for so called heresy. The wisdom we often receive is inclusive and dares to look above and within knowing humanity needs both: the knowledge of things as of self. The spiritual science of mastering the self often determines the aim as well as the methods of wisdoms shared.

Channeled material comes from a consciousness of the beyond while defining the beyond knowing that humanity’s denial or misunderstanding of the beyond is a denial of ourself. This consciousness allows enlightenment or illumination without any separation (oneness-consciousness): the knower and the known are one; creation and I are one in knowledge that can set us free for the densest frequency within the universal plane where we live now.  What we receive is often a stretching out of our souls through an urge of universal love (the building block of all), an applied knowledge of creation through uniting love.

While we live in a world needing to know who is right and who is wrong, we messengers of the higher realms intend without any violence to reason, that the dichotomy between natural science, religion and higher realm wisdom be healed, perhaps all other dichotomies, as well. Lord knows we have enough separation and conflict in our world. Perhaps as we ascend, we can also integration, as the mysteries of life and matter are further revealed.  Quantum physics is doing a good job in bringing all learning together.

The final goal is a conscious return to the root and source from whence we came.  Higher realm beings are often heard saying, “Let us help you find the pathway from the unreal to the real, from darkness to light, from death to immortality without any fear of control nor hell.”

The teachings from the higher realms not only teach us how to heal ourselves but reveal a timeless wisdom beyond history living in the eternal now releasing us from temporal tyranny, virtually from the limits of causation knowing the effects. The results of this release can be incalculable filled with a cosmic love never known or felt. The origin of these cures of the spirits are universal and can mean our very survival as a human species and planet. The beings within these elevated realms are in service to life its very self and can assist in teaching us to heal our separations like no other by explaining we are diversified versions of one another from the same source. Their ‘reality-therapy’ is everlasting as the truth of our existence liberates us from our self and one another. “

The higher realms are filled with ancient, sane, mature beings that will not allow any inferior attachment to come between them and universal truth. These truths have powered advanced civilizations on this planet and beyond. What they teach, beyond good and evil, can be challenging to apply but their wisdom is a pearl of great price when applied: the mysteries of creation revealed. The questions who we really are, why we are here, from where did we come, where are we headed, and how does the universe work are Basic Lessons 101. If we commit to doing the work, we are assured the deep secret of self-finding.  In Me can find We through a transmutation/transformation/healing of personality integrating the qualities of the cosmos itself we can become real.

How to awaken and regain the lost secrets of life is a seminal, all essential question for the awakening of our non-physical souls; a question which contemporary cultures/religions either avoid or do not know. The higher realms explain our one-dimensional society that does not teach that we are multi-dimensional beings having a human experience. Higher consciousness teaches God became man in order that man might become God. The God-man teaching reveals who we truly are.

Elevated wisdom is the original and best psycho-therapist, the science of the self. It is the science of our true evolution and ascension, a spiritual science and art of human becoming. No other science possesses this transcending divine order. This is a science of the inner no less than the outer. If humanity is a bridge, the higher realms are its engineers.

The possibility of consciousness without human thought is a basic premise of higher realm ‘thinking.’ It is a refuting of “I think, therefore I am,” being replace with “I am that I am.” Being can exist without human thought. There can be a direct awareness of things where the eternal self is its own evidence.

The higher realms belong to the Family of Humanity, and more than mankind has their multi-layered hierarchy and is a home everywhere and nowhere at the same time.

The present trends strongly suggest a dialogue between the people of the world, especially the scientist and the people of spirit. Climate change and other planetary abusive human behavior have caused those in control to re-access their thinking for possible solutions. Let them start with the fact that the planet is a living conscious being with organs that we are harming. An evolution of consciousness may be our only way to save ourselves, especially during a global pandemic. This pandemic is trying to teach us We Consciousness in a world ruled by Me Consciousness. Let us not condemn ourselves as unteachable but teachable by unseen forces who love and support us if we shall only listen and apply especially to today’s crisis.

Those who seem to be weak in history may finally shape it because we are bound and dedicated to the eternal order. The higher realms are teaching a revolution from above and below  by increased consciousness. Technology and transcendence must learn to work together. This would be the beginning of a totally awake humanity and totally new paradigm in creating solutions (the old ones surely have not worked).

And the individuals who will most help humanity in the hour of crisis are those who recognize a willed change from within as a step to a total change in our realtionship with reality, the balance and harmony of the whole.

Because we humans have acquired reason and still more because we have indulged our power of imagination and intuition, humanity needs to be able to conceive of an existence higher than its own (beyond organized religion’s view) here to help merely by asking: ask and ye shall receive. It is here let us give our final love and loyalty balancing giving and receiving. In darkness’ core the higher realms have shown a great light; let us bath in the brightness now.

The Angel News Network is dedicated to these higher realm’s teachings. Access many of them for only your reaching: www.theangelnewsnetwork.com

As above, so below,

Posted by The Angel News Network at 5:21 PM