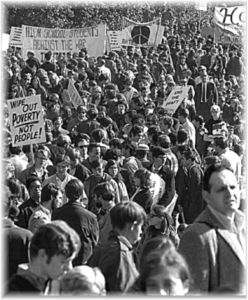 of many and democracies everywhere. Wake up and know that an imposing world corporate order is upon humanity. This is not the first time that money mattered most on earth. But through human consciousness and the gifts of the present digital communication systems and unified communities, humanity can and is creating a new positive parallel paradigm…
Many individuals are choosing to increase their vibratory frequency through a person processes (deep examination of self) thus, increasing their consciousness that works in tandem with the ascension process of the planet. This is allowing humanity to take on one of the greatest challenges and shifts in our history: by consciously (attention + intention) repurposing humanity to create a national and global system of divinely democratic, self-empowering societies/communities founded in love, equality, harmony and balance (sound familiar?).
We shall now contrast two decidedly opposing possibilities: (1) an old American corporate paradigm of global control and (2) an ascended new planetary and human paradigm of love and equality. Which do you choose?
The old corporate paradigm now mainly in place (largely based upon the cause and effect of past world wars) is being called ‘global capitalism’ with actions resulting in inequality, lack of compassion, and often unconsciousness in justice. Throughout the world history of corporations they have all had in common the ‘legal’ construct (for their entitled use) to amass economic and political power often hidden from public view. What needs to be fully revealed is that the spread of corporate globalization has often removed economic and national boundaries that disempower regulatory powers of governments (and people). The result is that the most powerful corporations (and many are larger than governments) are consolidating their ‘control’ over the planet’s natural resources and financial markets. No where are these corporations taking into consideration that the planet is a living conscious being and that these ‘resources’ are her organs that maintain and sustain life on earth. And there is not an unlimited supply. The motto of most corporations is that life’s purpose is to serve the needs of the corporation (where greed has no boundaries); a world where money is the most accepted value and human life a means to make that money. This is a form of planetary and human suicide.
The alternative to an ascended new planetary and human paradigm lies deep within the founding Father’s papers of The United States of America where life (the pursuit of happiness and equality), not money, is the measure of human value and a divinely appointed democracy. And where responsible citizenship (democracy is not a spectator sport) and transparent markets are the base principles and ideals.
People are waking up and knowing the more rights and freedoms that corporations have the fewer rights and freedoms for WE THE PEOPLE. While humanity now experiences the ‘breakdown’, the real ‘breakthrough’ for American people is the need for a radical campaign finance reform bill; this will be the result of the most self-empowering mass protest BY THE PEOPLE. Already millions have descended upon Washington and major American cities demonstrating their needs. This will increase led by the power of the feminine energy balancing the masculine.
What can then take place is barring corporations from any political involvement, legislation ending corporate welfare, ending special corporate rights, killing lobbies, and privileges; breaking up massive corporate power. This will allow every person the divine right and means to making a livelihood, allowing workers control over their pension funds, allowing workers ownership reforms to assist in obtaining appropriate ownership of what they produce. Revitalized unions can then further organize worker and community buyouts (paid for by worker’s pension funds). All of this is achieved through a shift in human consciousness, creating a cultural shift. 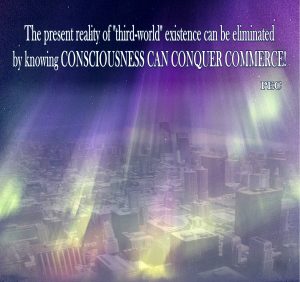 People realize that corporate advertisers are manipulating their self- image and values. It is time to create less TV time and more family, “nature-runs,” and community service replacing passive tube-time. Inspiration is transitioning into transformation as corporate conglomerates are broken up and replaced by community banking supporting communities of love, equality, harmony and balance (sound familiar?). Depressed inner cities and rural towns can come alive through empowered local economies. The integration of economic security, low unemployment and vital community connections can eliminate welfare costs, and reduce crime.
Through the freedom of choice and will, Americans are realizing richer lives can be manifested with less dependence on Mother Earth’s organs and no further need to maintain a global corporate “economic empire” or militarily to defend its borders or be overwhelmed by foreign debt. With new technological advances in energy, financial markets will shift into “free energy for all” (photon electro-magnetics) arenas. The present reality of “third-world” existence can be eliminated by knowing CONSCIOUSNESS CAN CONQUER COMMERCE!
Posted by The Angel News Network at 1:07 PM