AKHENATEN/MOSES & ME: WE THREE AS ONE by Phillip Elton Collins 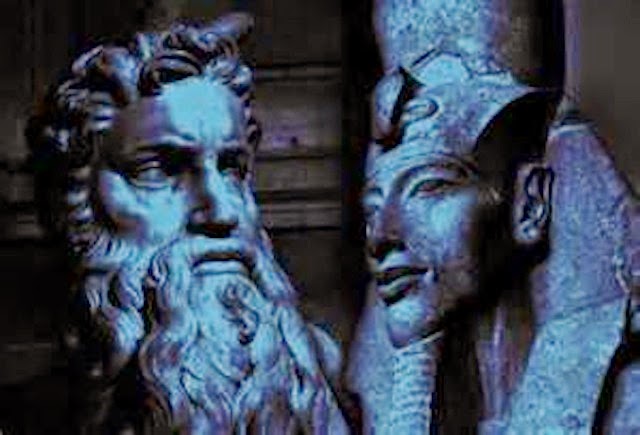 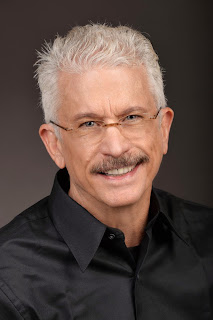 We of The Great White Brotherhood in conjunction with the Akhenaten/Moses energy come to you at this time within your evolutionary process of Ascension with more truth of your past and how that is affecting your present. It is your divine destiny to know the truth.

Beloveds, the meaning, value and purpose of The Great White Brotherhood is Self-Empowerment within the dimension you presently reside. As with the channel with whom we are coming through now, our intention is to open each divine soul to direct contact with their God Power/Source energy. This will leave no one dependent upon others, but rather empowered in their own soul plan/life with true connection to truth. There is much deceit and denial of deceit within your world. It is your destiny for this to end. True power is never power over another but standing within your own God Power for the good of all with grace and ease.

Many of the teachings/wisdoms within the Angel News Network and many other endeavors are about bringing the tools of Life/Self Mastery to you at this time, to free you for yourselves. Are you ready to receive these tools?

Your lives were never meant to be the struggle they are. If you so choose, it is time to choose self-empowerment over victimhood and the control of others. Through ownership of how you have chosen to learn, it is time to make other choices. These words represent the tenets and codes of The Great White Brotherhood.

The Great White Brotherhood consists of higher realm beings of unlimited power who disseminate spiritual teachings to humanity's whose soul plans includes receiving these wisdom; becoming Masters of the Ancient Wisdom or the Ascended Masters. So in effect, we of The Great White Brotherhood are enlightened beings guiding the spiritual development of the human race. We are also known as Great Brotherhood of Light or the Spiritual Hierarchy of Earth. The name brotherhood includes the balance of the masculine and feminine energies, and the term white refers to white light as opposed to darkness. Here are a few of our members who you may know: Master Jesus/Lord Sananda, Mother Mary, Gautama Buddha, Saint Germain, Hilarion, Kuthumi, Confucius, Kwan Yin, Archangel Michael, and Uriel All of these beings and more are here to assist whatever needs healing to advance the spiritual well-being of humanity. Simply ask and you will receive.

It is time dear ones to connect we of The Great White Brotherhood with a being who brought great light into your world and laid the foundation for many of your spiritual/religious endeavors and wisdom (even though they have often been corrupted by humanity). This individual is the Egyptian Pharaoh Akhenaten and the Biblical Moses who are one in the same. The name Moses means heir or born of. Thus, Moses is a title rather than a name. This truth will put a new spin on your religious and spiritual history and how you think about yourselves and your present world. The reason we are coming through this channel at this time is that he and a brother shared the incarnation of the Way Shower, Akhenaten/Moses. One individual allowed the maturation of Akhenaten/Moses; the other brought in the Great White Brotherhood energies when needed. These two served as proxies for humanity.

We bring in the present incarnational cycles information to show you as a human species, you are in the process of clearing and cleansing past lives that are affecting the present. You are all in the process of healing the past and present lives, passed on from generation to generation, to set yourselves free from their wounds and defenses in order to move into a higher frequency of existence/consciousness. This is affecting personal and world events since they are all connected.

Dear ones through your freedom of choice and will and your discernment you will decide what is true for you (what you apply or not) as we continue. Many other sources at present are also bringing this truth to you. Recently discovered ancient documents such as the Sumerian cuneiform tablets (your first from of writing after the last fall from truth) and the Dead Sea Scrolls, and Emerald Tablets support the premise there is much correction needed in your view of history. You do not yet have a true view of your history and exactly where you are headed. This new applied knowledge (wisdom) will assist in freeing you from yourselves, religions, governments and corporations. Soon you will have a new world view of your history that will support a shift in awareness.

To those meant to hear me, I, Akhenaten was born in Year 12 of my father Amenhotep III, 1394 BC, in our lovely summer royal palace in now what is called northern Sinai (where there is currently so much unrest). This is the same location where Moses was born according to your history. Many of you know the baby-in-the-bulrushes story. It all had to do with my mother's bloodline not being good enough for me to be king.

During my early years my mother kept me, Akhenaten/Moses, away from royal residences so I would not be killed. Later I was moved to Heliopolis, north of Cairo to receive my initiations/education under the supervision of Anen the priest of Ra, the prevailing religion at the time. When I was sixteen I was allowed to appear at the capital Thebes. It was here I met my half-sister Nefertiti for the first time. On first sight my non-handsome self fell in love with her beauty. We were two lost souls meant to join in a twin flame, and shift human history forever. As Nefertiti was the heiress to the throne, our relationship was encouraged since it strengthened my right to follow my father on the throne.

Following my marriage to Nefertiti I was appointed (by Amenhotep III) an important political/religious position, which upset the prevailing priests of Amun (the controlling religion at the time) and reactivated a long time dispute. On my accession to the throne I took the name of Amenhotep IV. During the early years of my reign my beloved Nefertiti strongly supported me and took a prominent position in all official occasions and on all monuments. The conflict and hostility that surrounded me at the time of my birth resurfaced.

When the Amun priest objected even more to my power, I responded by building various temples at Karnak, and Memphis to our new God, Aten (the concept/truth of one supreme being). I was not a good politician and ignored the old priest and often banned them from festivities and eventually only allowed our one-god Aten by changing my name to AkhenATEN in honor of our new deity, Aten.

To the raging Egyptian establishment Aten was seen as a challenger who would replace the powerful State god Amun and not be under his control. You are presently freeing yourselves from such control. These were tense days and eventually I was persuaded to reach a compromise by establishing a new capital in Middle Egypt, at Amarna on the east bank of the Nile some two hundred miles north of Thebes. The situation did calm down following my departure to Thebes, as I ruled alone. We built a beautiful city, Akhenaten, the Horizon of Aten, parallel to the Nile, and we were free to worship our God. Today dear ones, you can still see what remains of this glorious time and my Nefertiti depicted as having equal stature with the king (balance of the masculine and feminine energies).

Aten was depicted by a disc at the top of royal scenes, extending its rays towards the king and queen, with the rays ending in our hands, holding the Ankh, the Egyptian cross symbol of eternal life. Through receiving The Great White Brotherhood energies, I had conceived (re-introduced) a single controlling intelligence, above and below all beings including the human gods.

During my reign, with the Ascended Master’s support of The Great White Brotherhood, I was able to abolish the complex pantheon of the ancient Egyptian religion and replace it with a single God concept, Aten, who was unseen. This is the same soul plan/purpose as the one you call Moses, and the basis for many of your spiritual/religious knowledge today.

In review of my Moses/Akhenaten’s incarnation: I was brought up by Israelites relatives, ruled Egypt for seventeen years, and angered many of my subjects by replacing the traditional Egyptian gods with the one god, Aten. I was led to re-introduce monotheism to this world. I was forced to eventually abdicate the throne, retreating to exile in Sinai with my Egyptian and Israelite supporters; I died at the hands of Seti I attempting to regain power.

I did all this to impregnate this planet with The Christ Consciousness Oneness energies of The Great White Brotherhood of which this channel and his colleague the one now called Om Ar (meaning, he that speaks, living a long life) were also me. It is time to speak again the truth and allow it to integrate into our eternal lives, to heal the past into the present.

The remaining and resounding truth of my life is that we are all one; the one who may appear your oppressor is your salvation. When I received The Ten Commandments there was no official Hebrew language at the time, the Egyptian Book of the Dead and The Ten Commandments are the same messages.  Rosicrucians, founded upon Great White Brotherhood wisdom, have been teaching all of which we speak for centuries.  It just may be time to rewrite the Old Testament Christian and Hebrew Bibles, the Talmud, Jewish Cabala, the Koran, Arab history, and release the hidden ancient documents within the Vatican vaults in order to allow you to know the truth.

Much of your duality and confrontation today is based upon you not knowing you are each other. It is time for this separation to end, if you so choose. You are your brother’s keeper. There is plenty for all, simply ask each other: "What do you need?"and "How you are feeling?"

Dear ones, you are each other in disguise. It is time to drop the veil and see you are all one, experiencing one another, including God. This message/teaching was/is the soul plan (political and religious activist) of my incarnation as Akhenaten/Moses. If you so choose, now apply the truth spoken once again into your present lives and world and manifest the creation of a world of equality, harmony and balance, which I began so many centuries ago…

There Is Only One,

Posted by The Angel News Network at 8:11 AM