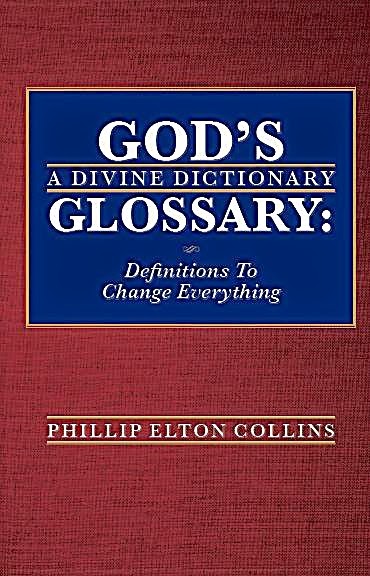 In the beginning there was the word and the word said, “Let there be light,” and from the light all was created, including language.

When God first created language, when you spoke the word you manifested the meaning of the word. If you said “apple,” an apple appeared. This was the original power of the word. The power behind the word is the love, limitless power and consciousness of God.

Today the word is still the most powerful tool, aspect of humanity. Its power is somewhat hidden but nonetheless powerful. In order for manifestation to take place it is now a four-step process: (1) a thought, (2) an emotion, (3) a spoken word, and (4) an action.

The reason that it is now a four-step process to create rather instant is due to humanity’s disconnection from God/higher realms and our divinity. We have diminished our self-empowerment due to abuses of power in the past but the good news is we are regaining at this time.

The words and short phrases in this glossary are not defined from the human mind or historical religious text. These definitions have been directly received from whence we all came and through the publications within The Angel News Network library of books, and our metaphysical training and experience.

The definitions in this dictionary are intended to retain your connection to their source and their original true energetic and spiritual truth. These definitions contain an "energetic upload" of wisdom to assist humanity in shifting to a higher state of consciousness, supporting the creation of another golden age.

Some seemingly simple words are complex within themselves but the definitions offered are intended to be brief and concise to insure integration.

This has been a labor of love, receiving, collecting and now sharing this reference tool with you brings me great joy.  God’s Glossary, a true balance of receiving and giving; a mission in all our lives…

The Light of Source Never Fails

The language of words or the lack of them often get in the way of we humans effectively communicating by not expressing how we truly feel, or what we need. This is the result of our inability to use words as they were originally intended: to create what we want or need.

In today’s digital/electronic communication era we have a couple of generations of people who prefer   to ‘communicate’ via an electronic device, rather than verbally in person or by descriptive writing. These devices have created an addiction, a fear of being alone and with oneself, which is dramatic, and effecting relationships with others. Cyberspace was originally a gift from higher realms to allow us to free ourselves from controlling forces and unite us. We are now moving through a phase that is actually separating us and preventing intimacy through the technology itself. All of this is a preparation to become telepathic; we just have to survive the in-between process; we are destined to do so…

Let us now look at language through new and expanded definitions of words that create language. The words and their definitions within this glossary are intended to feed the heart and soul, as well as the mind, and unite us.  These ‘word of God’ definitions possess the qualities and powers that belong to the words themselves. This glossary is intended to return you and the word to their original divine intention; for you to know you are God experiencing itself.

The word is still our most powerful tool. It was the disconnect from higher realms’ words that caused the demise of past golden ages.  The present and future effective receiving and giving of words will insure the creation of our final golden age.

Let the following words and their divinely expressed definitions delight and enlighten us toward our truth, love and support of one another.

This words of God’s Glossary are for all the Light Workers and Way Showers of the world who themselves define these words every day in the divine work they are and do.

To my brethren Jeff Fasano, Joel Anastasi and Omar Prince of The Angel News Network whose direct connection to higher realms through their talents and gifts have assisted in defining the words in this glossary and made this publication possible.

To my  life partner Jim Gozon whose love and support defines and refines my life each day.

The Word is the power of Creation.
We have been gifted the Power-of-the-Word,
In order to create a world of elation.

Through the unspoken and spoken Word,
We can determine who and why we are,
In order to create a better world, by far.

The word is God’s intent,
To bring empowerment into your life’s vent.

Originally when we spoke a word,
We manifested its reality,
Quite loudly.

Now for a word to work;
We think, we speak, we act or react,
And then create a fact.

The magic and mystery of the word
Is finally again being revealed.
Are we ready to store and seal
The Power of the Word, forever more?

HOW THESE DEFINITIONS WERE CREATED

As mentioned in the Introduction to this glossary, these definitions did not come from human minds, or historical religious text.

These word definitions were received through direct connection, conscious and trance channeling with higher realms such as: Archangels, Inner Earth & Galactic Beings, Star Realms, Ascended Masters, The Christ Consciousness energies and the I Am Presence, to name a few.

The words and phrases were also further defined through Reiki and Light Ascension Therapy training and practical clinical experience
The published book resources for these definitions also came from The Angel New Network library of books (see Resources at the back of this glossary). These books through narrative storytelling, guided rituals, sacred poetry, higher realms channeled messages, archangelic exercises, energetic phrases, and a Life Mastery workbook gave great guidance to the definitions in this glossary.

Every attempt has been made to give simple and concise definitions to seemingly simple words that are not always so simple.

As with all spiritual matters and life in general always use your resonance and discernment in what definitions you accept and apply.

“You are all each other in disguise. You have been gifted the power of creation, the word, in order to recognize one another, : God.

ASCENSION:  Man power becomes God power in order to transform humanity;  All separation, duality and confrontation is healed; Oneness is supreme;  Then humanity's real mission of moving from world service into universal god service begins; The rituals/process, initiate path hereby the human soul reunites with the spirit of the living God, the I Am Presence, the divine birthright, reward and gift of God to humanity, reunion with God, end of karma and rebirth (death); Evolving to a higher frequency of existence through a process of self mastery; Ascension is awakening to the acceptance and truth of your divine self experiencing a dense 3D reality, housed in this physical body.

Phillip Elton Collins brings a diversified background to this endeavor being a co-founder of The Angel News Network and The Modern Day Mystery School, as a teacher, author, poet, and filmmaker and healing arts light ascension therapist addressing the integration of the emotional, mental and physical bodies. His background also includes international communications skills with innovative filmmaker George Lucas, as director of marketing at Industrial Light & Magic Commercials, and founder of Fairbanks Films with film directors Ridley and Tony Scott. Other books by Phillip Elton Collins: 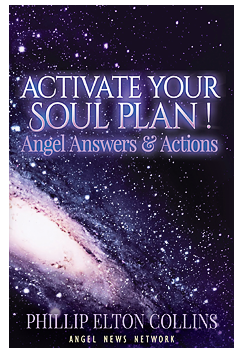 Happiness Handbooks: Being Present Is The Present 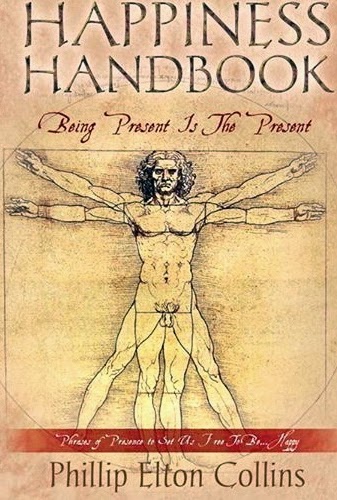 Sacred Poetry & Mystical Messages, To Change Your Life & The World 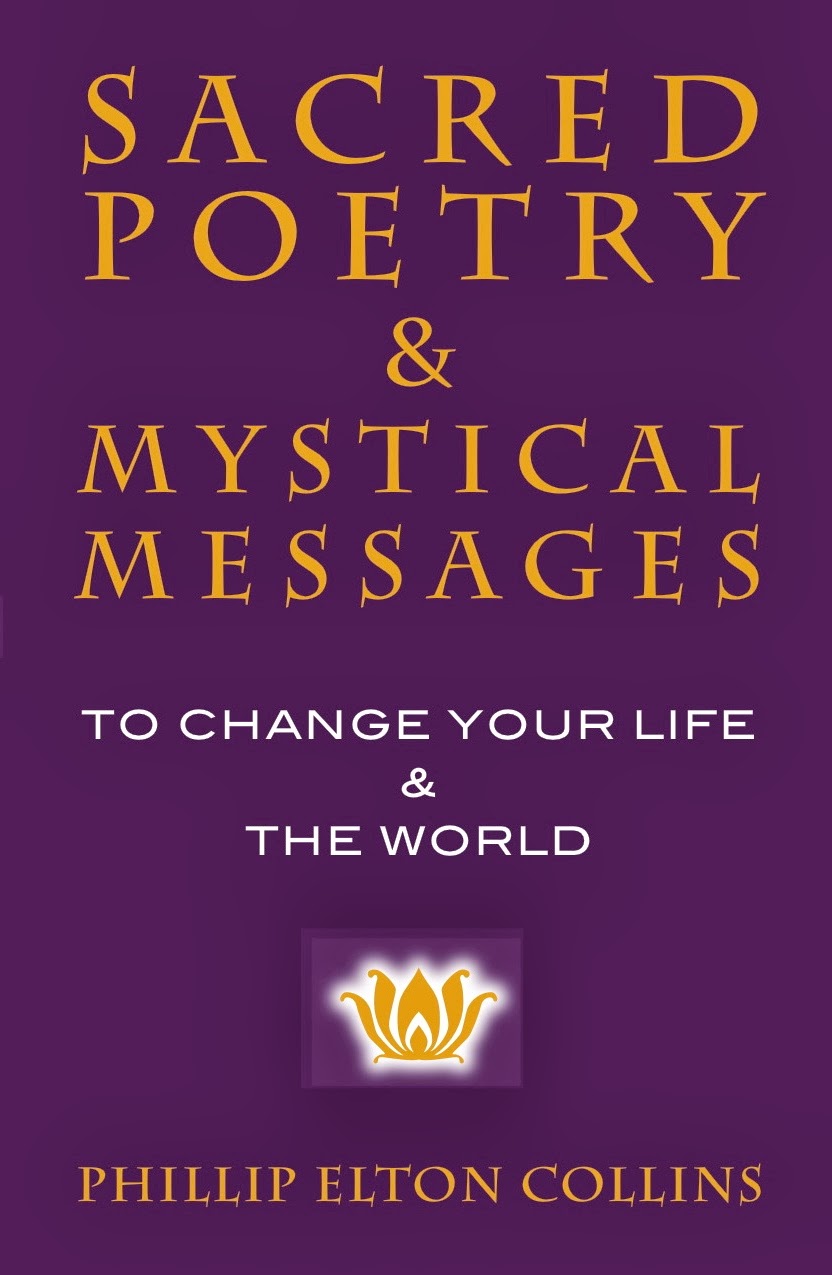 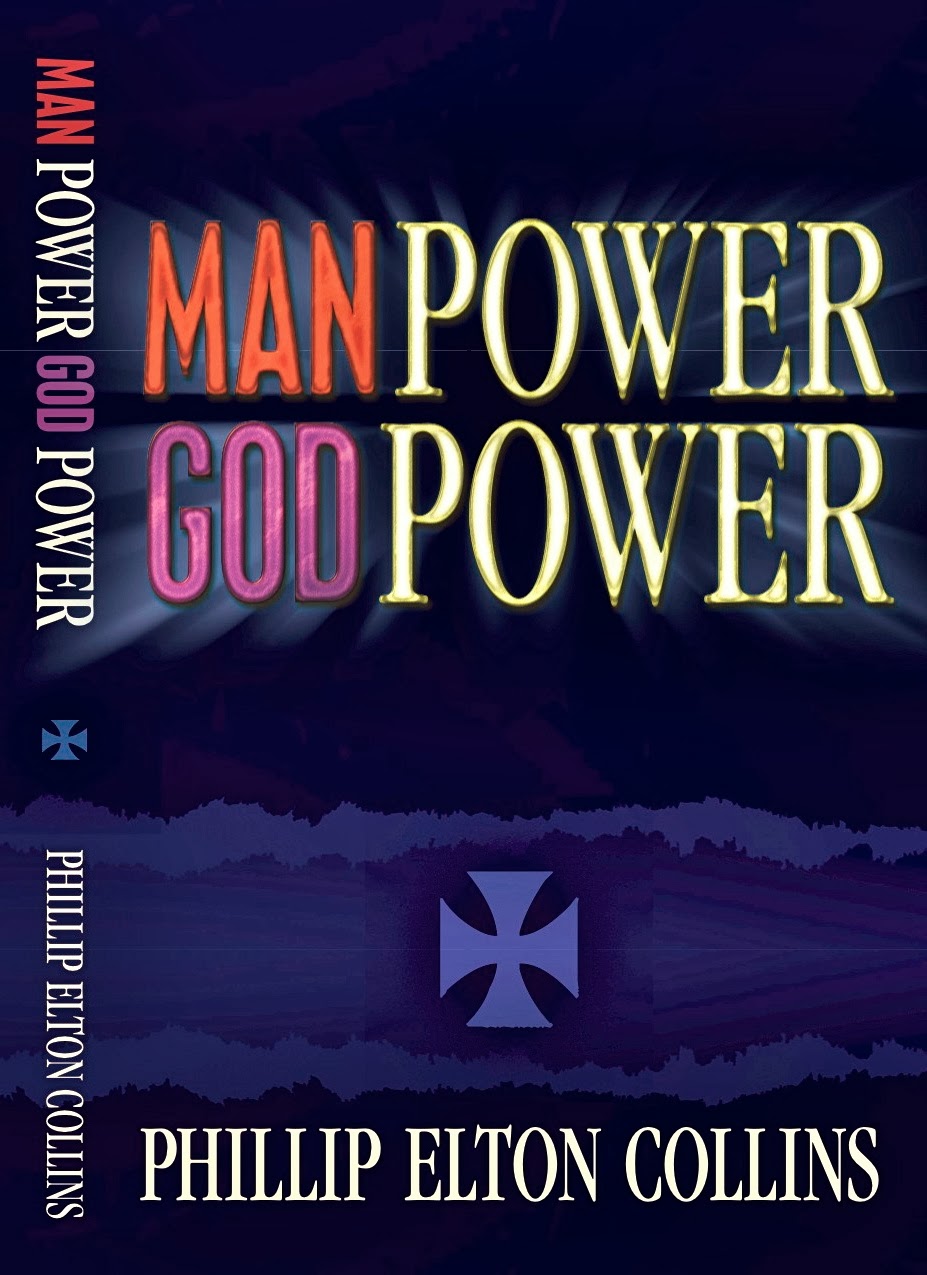 Coming Home To Lemuria, An Ascension Adventure Story which is being adapted into a stage play and soon to be screenplay. 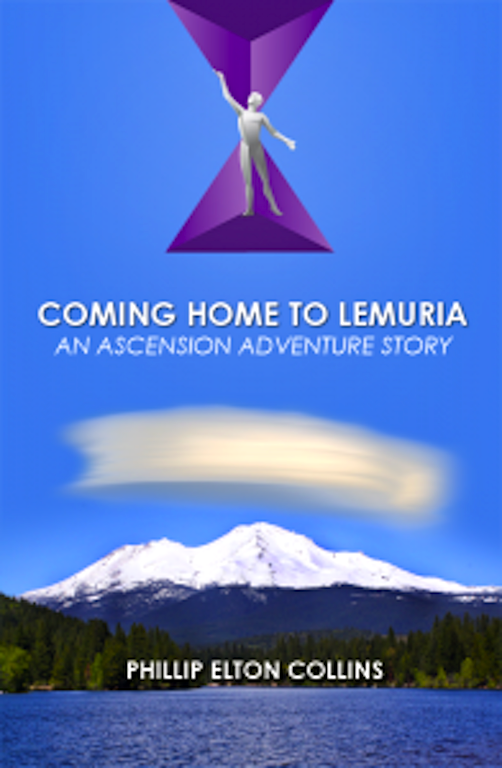 Posted by The Angel News Network at 4:41 PM